The McHenry County Economic Development Corporation is a non-profit Public/Private business advocacy group comprised of business and industry investors from throughout the county.

We establish relationships, build networks, plan, design and implement long term economic development strategies, act as a liaison between public and private sectors and are the connector to resources to meet the needs of business. Our goal is to help businesses and municipalities thrive.

A non-governmental organization, the McHenry County EDC seeks to work with local, county, state and federal legislators to foster, enhance and improve the economic vitality of McHenry County.

The Manufacturing Pathways Consortium is composed of manufacturers, educators, and community partners in and near McHenry County, IL. All of whom are working together collaboratively to address the need to secure a talent pipeline of highly-skilled manufacturing employees. Accomplishing this by increasing awareness of career opportunities within the industry; connecting with educators, students, and parents to debunk outdated myths about the industry. The consortium members are working to identify skill gaps in technical and employability skills and develop solutions. Additionally, the consortium is engaged in collaborative hiring practices and provides a pathway to employment for non-traditional talent.

McHenry County Workforce Network has a variety of programs and services for employers and job seekers seeking assistance in meeting the challenges of today's job market. We are an affiliate of Illinois workNet, which is a consolidated effort to provide a one-stop system for employment related services in McHenry County and part of a nation-wide, grant-funded system.

Our vision for the future is to create a skilled workforce in McHenry County that will help our community achieve economic prosperity. This vision is becoming a reality through the development and delivery of market-driven training and services that meet and exceed our customer's expectations. Our mission for today is to provide employment opportunities, training and related services that are responsive to the needs of the people and employers within McHenry County.

McHenry County Workforce Network is supported by the Workforce Investment Board WIB. For more information about the WIB or to find out how to become a member, go to the WIB home page.

MCC serves the seventh most rapidly growing county in Illinois, providing credit and noncredit educational and training opportunities as well as special events for close to 60,000 participants annually. 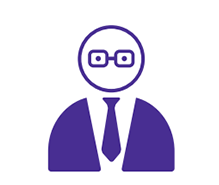 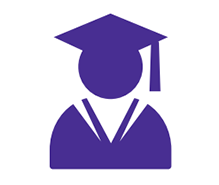 Nearly 82% of our administrators hold a master's or doctorate degree

All District 155 juniors take the SAT which measures academic progress of current juniors and assesses college readiness. Previously, all juniors took the American College Test (ACT). The composite score for Community High School District 155 seniors graduating in 2019 was 528.9 in the English Language Arts portion and an average of 538.1 in the Math portion compared to a state average of 497.5 in ELA and 497 in Math. During the 2019-20 school year, a total of 2,801 Advanced Placement® exams were taken and 72 percent of students earned an honor score. Furthermore, 87 percent of the students in the class of 2020 continued their education beyond high school at 2- or 4-year colleges/universities or technical/vocational schools.

District 155 is one of Illinois' most financially healthy school districts, having received the highest financial rating from the Illinois State Board of Education for each of the last 16 fiscal years. The Financial Recognition rating is based on fund balance to revenue ratio, expenditures to revenue ratio, days cash on hand, short-term borrowing, and long-term debt. For the fifth year in a row, Community High School District 155 received financial recognition from the Government Finance Officers and the Association of School Business Officials (ASBO) International for its June 30, 2019 Comprehensive Annual Financial Report (CAFR).

Steve Olson serves as Superintendent, and was appointed in August 2017.

Made in Our Own Backyard Program

Made in Your Own Backyard

Eighty-eight students and parents had a unique opportunity to explore local manufacturing careers during the second “Made In Your Own Backyard” event on October 10. The event aims to increase awareness of products manufactured locally; and educate parents and middle and high school students about the diverse manufacturing field.

“I didn’t know that locally they actually make big products like this, so it was really cool,” Dylan Deleon, a Crystal Lake South High School student.

District 155 partnered with feeder districts, General Kinematics, Mathews Company, Precision Waterjet, and Swiss Automation. The Crystal Lake Chamber of Commerce founded the event in 2018 and sponsored this year’s event along with the Cary-Grove Chamber of Commerce.

“Most kids in today’s world are focused on going to college and we, as America, need people in trades. And, this is a great way to expose them to that,” said Rob Stuebing, a Cary-Grove parent.

The event began with a brief presentation about relevant coursework offered by each D155 high school. Students and parents then toured two manufacturing companies. The event was free to attend because of generous donations from the Crystal Lake Chamber of Commerce and the Cary-Grove Chamber of Commerce.

“I signed up for it because I’m taking CNC [precision machining] right now and I really think the machines are cool and I wanted to learn more about them,” said Kathryn Thompson, a Cary-Grove High School student.

This open house event is a localized version of MFG Day, a national day of recognition to inspire a future generation of manufacturers.

Looking for work? Need great talent? Hire a Scot is MCC's job board connecting local businesses with local talent. Take advantage of this free resource by searching for your next opportunity here.

Looking for work? Find a new position with a local company!

Scots - we have your job opportunities here

Alumni - we have your job opportunities here

Community Members - we have your job opportunities here

Once registered, you can…

Find candidates with the skills and training you need to advance your workforce. Post your job opening today!

Once registered, you can…

The McHenry County Workforce Network is partnering with the Small to Medium Enterprise focused on Manufacturing Certifications.
SME is a nonprofit association of professionals, educators and students committed to promoting and supporting the manufacturing industry.
SME Stands For Manufacturing